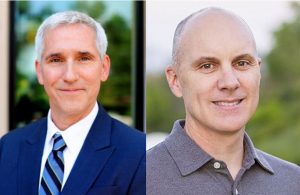 Testronic Inc., provider of post-production QA services to the television and film industry is pleased to announce the acquisition of two leading companies in the field – Giant Interactive and Check Disc Labs, Inc. (CDL).

These new additions to the Testronic family will add 120 highly experienced engineers and executives to the team and create a powerful service company with the addition of new offices in Hollywood and New York.

“Testronic has been serving the film and television community for over 20 years and has a high reputation amongst some of the largest studios. Adding Giant and CDL not only increases our offering but also introduces new clients that we can service and adds incredible talent to our growing team,” said Jason Gish, President of Testronic. “I am thrilled we’ve been able to create this alliance with two companies I have long known and respected.”

Commenting on the deal, Jeff Stabenau of Giant said: “This is a really great day for me and all my team. The opportunities we have to extend our services, scale, and capabilities to our clients and further the careers of our staff are clear. Can’t wait to get going.”

Jonathan Burk, General Manager of CDL, also sees a bright future. “It’s fair to say that CDL and Testronic have long been mulling over a joining of forces. There are so many complementary aspects of our businesses and Jason has been a friend of mine for many years. It’s a happy moment for CDL.”

Testronic is an award-winning provider of testing services across the film and television and games industries, providing services that include content QC, software compatibility and automation, functional testing, localization and more. From its offices in the UK, Poland, US, Romania and Serbia, the company’s 1,500+ staff provide the expertise clients need to confidently launch new streaming originals, features, episodic tv and games. Testronic has been committed to quality for over 24 years, and has an unmatched reputation in both the film and television and games markets by valuing its people and clients above all else. Testronic is part of the Catalis Group, which also includes leading UK video games publisher Curve Games. https://www.testroniclabs.com/

Catalis is a provider of testing and publishing services to the video games industry. The Group comprises two businesses: Curve, a major publisher for third party indie video games, and Testronic, which boasts a premium position as a quality assurance service provider for many games companies around the world. https://www.catalisgroup.com