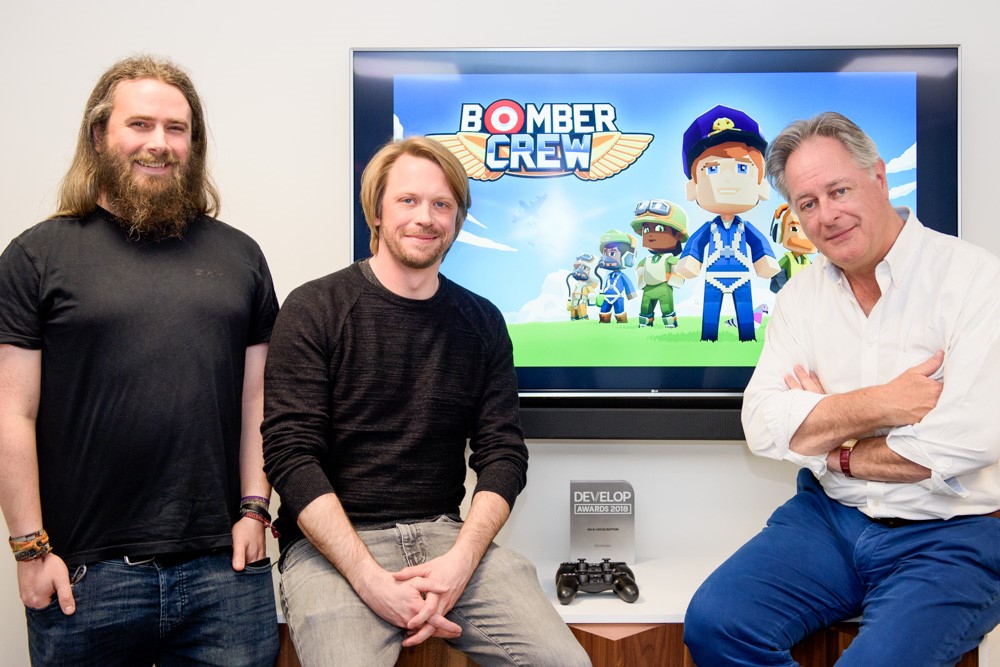 Award-winning Brighton-based developer Runner Duck has today agreed a deal which will see it acquired by Catalis, and form part of the group which already comprises Curve Digital, Testronic and Kuju .

The agreement marks the start of an aggressive acquisitions strategy which will see Catalis restate its ambitions to become one of the UK’s most significant gaming companies.
It also cements the relationship between Curve Digital and Runner Duck, which began with the development of the smash hit Bomber Crew – and will allow the studio to grow as it commences production on two new Crew games, due to be published by Curve from 2020.

“Given the relationship between the two companies and the success we’ve both enjoyed, this agreement feels like the natural next step,” says Jon Wingrove, co-founder, Runner Duck. “There was a natural fit from the moment we first met the Curve gang, and so we’re delighted to be able to ink an agreement which gives us the support and resources to continue the Crew franchise.”

“We’ve huge plans for what we do next,” adds Dave Miller, co-founder, Runner Duck, “and joining Catalis offers us the means to accelerate plans for our next games. Bomber Crew has been such an incredible success – we can’t wait to unveil what’s coming next.”

“Bomber Crew was our first fully-funded game as ‘New Curve’ so it makes sense that Runner Duck is our first acquisition,” says Dominic Wheatley, CEO, Catalis. “The Runner Duck team are such a joy to work with, so we’re thrilled to be partnering with them to create the next in the Crew series. But this is just the start of what we want to do as a group – there’s so much more to follow. Over the coming year, we’ll be seeking more acquisition targets as we continue to build Catalis in to one of the UK’s most significant gaming companies. Whilst we’ve been working hard behind the scenes on additional potential partners, studios who want to be a part of this incredibly exciting time should absolutely get in touch.”

Specific details on the deal are not being made public at this time.

Runner Duck and Curve Digital will reveal more about the next entries into the Crew series over the coming months.

About Catalis
Catalis is a diversified UK gaming company focused on the development, testing and publishing of video games. It operates through its wholly-owned subsidiaries Kuju Entertainment, Testronic Laboratories and Curve Digital from seven locations located in the US, the UK and Poland.

Testronic (Testing & Support Services)
Testronic is an award-winning provider of quality assurance services the digital entertainment sector. With over 500 full time equivalents based between the US, the UK and Poland, Testronic has the capacity to deal with projects of any size, from mobile games through to blockbuster console titles and its clients include AAA game publishers and major TV/Film studios.

Curve Digital (Publishing)
Curve Digital is based in the UK and is one of the world’s leading publishers of independent console and PC games. With hit titles such as the hugely successful Human: Fall Flat and Bomber Crew amongst its 35 strong portfolio of games, Curve is positioned well in the indie space and works with some of the best developers out there to bring their games to the widest possible audiences.

Kuju Entertainment (Developing)
Kuju is part of Curve Digital. Kuju is a renowned games development studio that historically created titles on a ‘work-for-hire’ basis for games publishers. In 2016 Catalis purchased Curve Digital Publishing, as part of the execution of the Group’s strategy. Kuju is finishing it’s last ‘work-for-hire’ game and is now working on games to be published by Curve Digital, acting as a ‘first party’ developer and in-house studio.